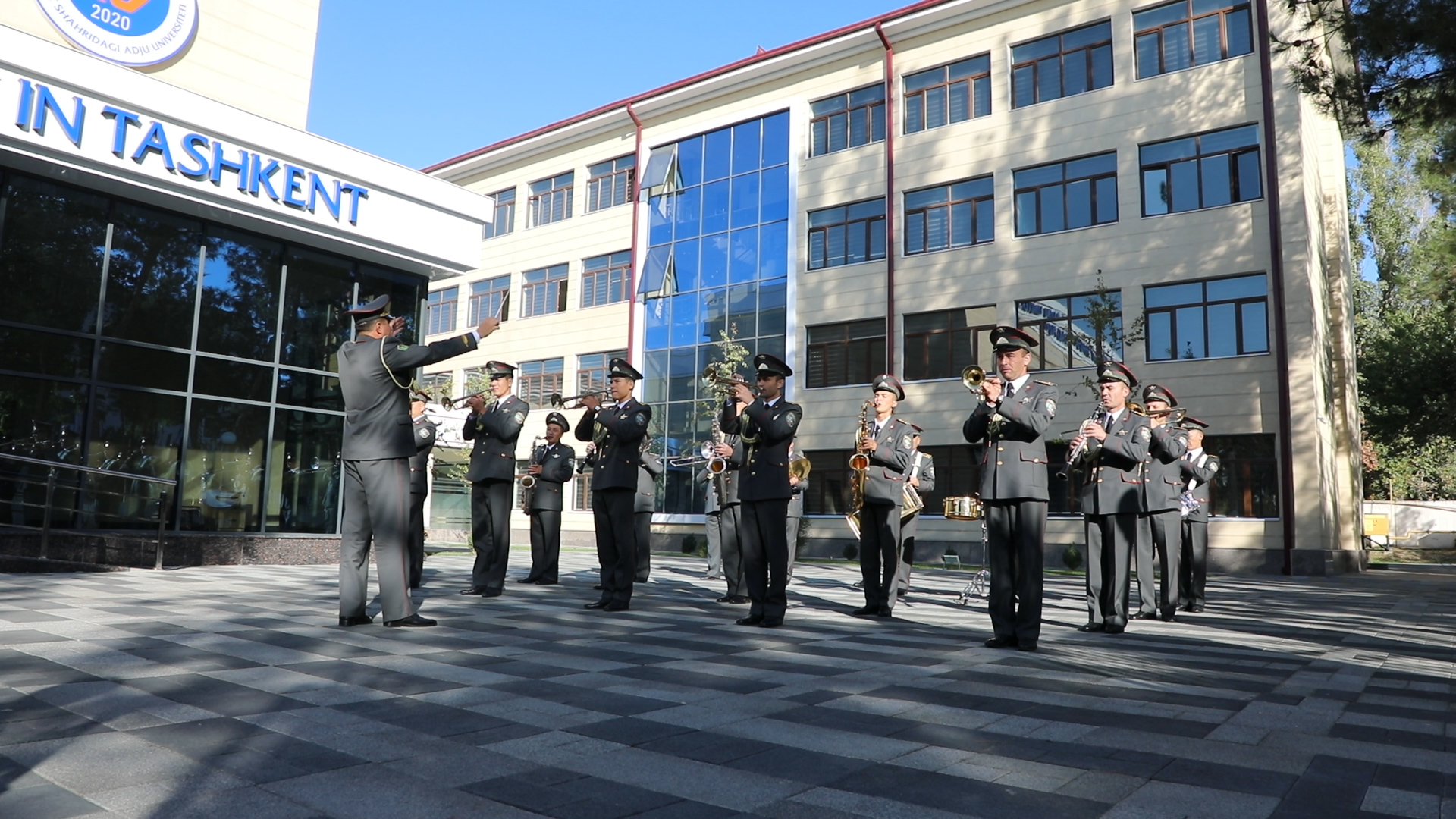 The celebration dedicated to the beginning of the new academic year was held on September, 13 at Ajou university in Tashkent. The event began with the national anthem of Uzbekistan performed by the Military Orchestra of the Academy of the Armed Forces of Uzbekistan.

Rector of the University, Professor G. Muratov congratulated the students, as well as all on the new academic year. In his speech, the rector noted that the university has created an environment for training a new generation of strategic thinkers and potential professionals with high professional knowledge and skills, creative, enterprising and independent decision-making skills based on international educational standards.

Mr. Lim Jay Ick, First Vice-rector, expressed his warmest wishes to the students and noted that the latest pedagogical achievements of advanced pedagogical and information technologies, science and technology of the Republic of Korea were applied to the educational process.

Under the sound of orchestral music, the young people recommended to the students stepped on the threshold of the University with great excitement and hopes, and there has been given “start” to new academic year.