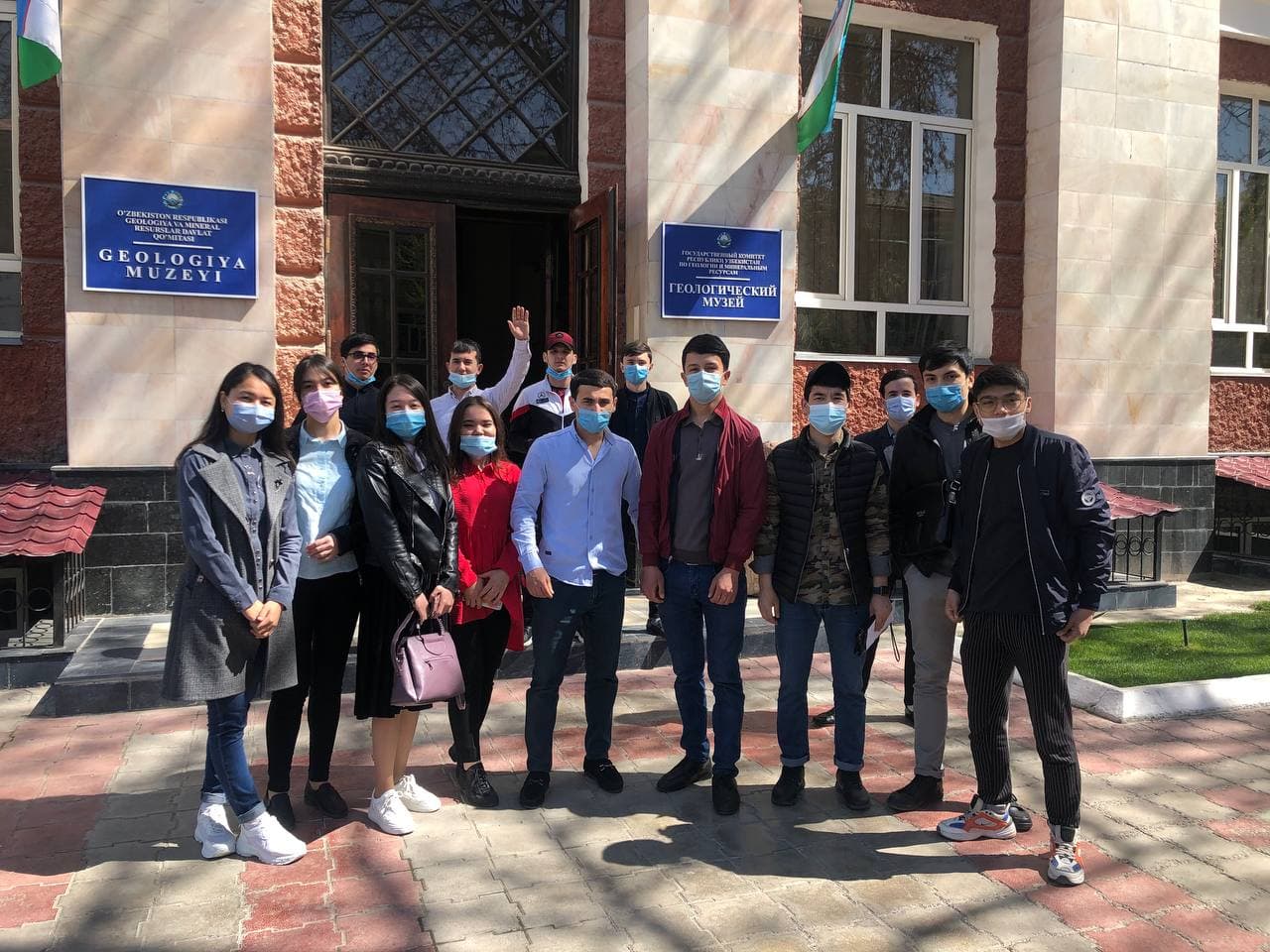 A visit and a lecture at the Geological Museum of Uzbekistan presented new discoveries of the secrets of the bowels of their native land to the students of Ajou University in Tashkent.

A group of students of the department of "Architecture" from all regions of the republic showed themselves to be enthusiastic and interested future specialists. The visit to the Geological Museum, according to the children, enriched their knowledge and ideas about geology, became a meaningful excursion into the history of Russian science.

As the lecturer noted, the history of the creation of the museum dates back to 1926, and today the modern exposition is not only the collection of a small museum, the former Glavgeologiya, but extensive collection materials collected by geological organizations, enterprises, institutions, well-known geologists-researchers of the subsoil of the republic and the region for more than for 85 years of activity of the geological service of Uzbekistan. The Geological Museum contains more than 2000 of the rarest, amazingly beautiful and valuable exhibits.

The students were presented with samples of unique minerals and rocks not only in Uzbekistan, but also from deposits throughout Central Asia, which were also brought from the deposits being developed at present.

In the exhibition halls, students got acquainted with the collections of the unique geological heritage of Uzbekistan, reflecting the originality of the region, often representing world significance and being a national treasure in the scientific, educational, educational, cultural, economic and political aspects.

According to the students, the visit to the Geological Museum not only gave an indelible impression, but filled them with pride for the uniqueness of the richness of the mineral resources and nature of their native land, the selfless work of ancient pioneers, as well as modern discoverers of underground storerooms.