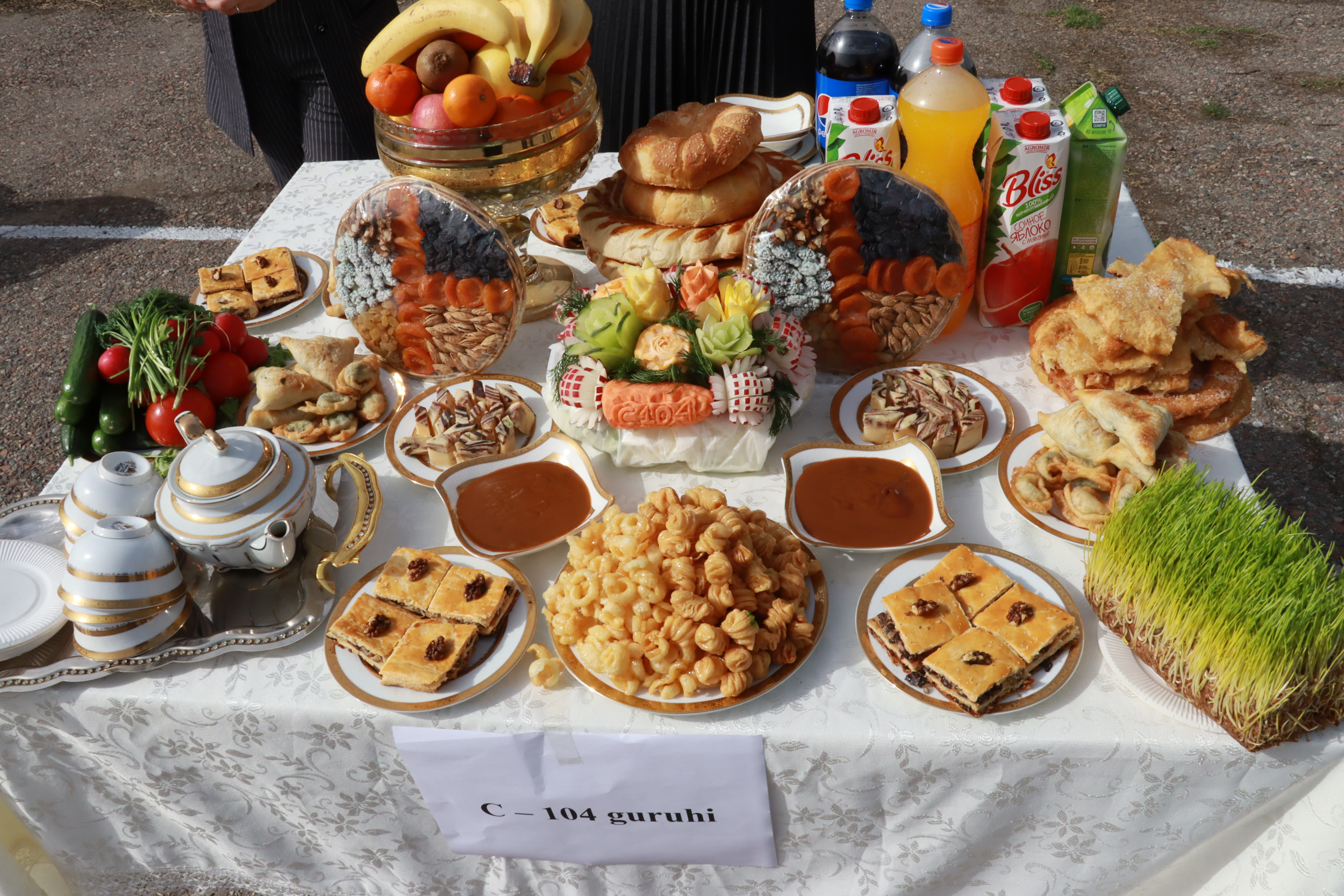 Spring - the season of awakening. The whole Universe, Mother Nature renews. Every living thing enjoys the birth of a new day.

It is no coincidence that the Turkic peoples also celebrate Navruz, the birth of a new day, in the spring. Navruz is a spring and New Year holiday. The term "Navruz" consists of two Persian words and means "nav" - new, "roz" - day that is, "new day".

With the advent of this holiday, many Uzbek families prepare various national dishes, such as sumalak, Halim, Kuk somsa, palov. These dishes are rich in vitamins, which are useful for the human body.

After the independence of Uzbekistan, the ancient customs and traditions of the Uzbek people came into force, including the celebration of Navruz. This holiday is a national holiday with a symbol of friendship and unity of all peoples. Navruz holiday, which has been widely celebrated in our country for a long time, was also celebrated at Ajou University in Tashkent.

In Holiday, Rector of Ajou University in Tashkent G. Muratov, First Vice-Rector Jay Ick Lim, and Vice-Rector for General Affairs B. Kuchkarov, Deans of faculties and all students attended.

Rector G.Muratov, First Vice-Rector Jay Ick Lim and Vice-Rector for General Affairs B.Kuchkarov opened the Navruz celebrations and congratulated everyone with Holiday. In several competitions, our university staff, teachers and students were awarded certificates of honor. This will give them a big motive in their future careers and studies.

In the musical part of the festival, the sports group "Tornado" under the 170th school of Yashabad district, the song and dance ensemble under the Center of the Armed Forces of the Republic of Uzbekistan took part with their programs. Students of our university performed a variety of national and modern songs, dances and national Uzbek lapars.